A jewelry appraisal is used for two purposes. The first is a detailed description of the gemstones and the precious metals in which they are set. The second is an estimated replacement value for insurance purposes.

Generally, the jewelry store where you purchased your fine jewelry items will provide you with a statement of sale for your insurance provider. However, many people fail to realize that unlike your car, which decreases in value, the value of most fine jewelry increases over time.

In many cases, the diamond engagement ring is your most important item of jewelry. It is important to have the ring re-evaluated every 2-3 years. This is to ensure the amount scheduled on your insurance policy is adequate coverage in the event of loss, damage or theft. The heartbreak over the loss or theft of your jewelry is often compounded when you are informed by your insurance company, that the dollar amount of your policy will only cover a fraction of the cost to replace it in today’s market.

Appraisals should be performed by a highly trained and experienced credentialed gemologist to ensure the true value is determined accurately. If your item is overvalued, you will pay more in insurance premiums unnecessarily. If your item is undervalued, you may not be able to replace it in the event of loss or damage. If your ring hasn’t been appraised in the last 3 years, you could be at risk.

Let Werkheiser Jewelers provide you with the peace of mind that your most treasured items are safe by calling and scheduling an appointment to meet with our gemologist, Tom Wiggins. Tom is a Graduate Gemologist with over 38 years of experience performing appraisals. He was educated, trained and credentialed by the prestigious Gemological Institute of America (GIA).

Garnet is the birthstone for January. Garnet is so durable, remnants of Garnet jewelry can be found as far back as the Bronze Age. Other references go back to 3100 BC when the Egyptians used Garnet as inlays in their jewelry and carvings.

This beautiful stone is mined in a rainbow of colors. Rare Garnets in green or blue make breathtaking pieces, especially in pendants or drop earrings. From the fiery orange of Mandarin Garnet to the rich green of Tsavorite Garnet and to the most widely recognized deep red color of Pyrope Garnet, it is considered a great gift to symbolize friendship and trust. In addition, legend has it that those who wear the Garnet will be bestowed with peace, prosperity and good health.

People born in October are lucky – they are gifted with two birthstones – Opals and Tourmalines.  Opals have been considered bringers of good luck since the Middle Ages! Opal hues can range across the spectrum; an Opal might display a single color, two or three colors, or all the colors of the rainbow!  Black Opal is said to strengthen your character and considered to be the rarest of all the Opals.

Tourmaline is the most colorful of all gemstones, occurring in various shades of virtually every hue even watermelon, which is green on the outside and pink on the inside. Blue, green, and red Tourmaline (also called Rubellite) are the most popular types used in gemstone jewelry. Tourmalines are also believed to be useful in relaxing the body and the mind, and to help in the treatment of many different diseases such as anxiety, blood poisoning, arthritis, and heart disease. 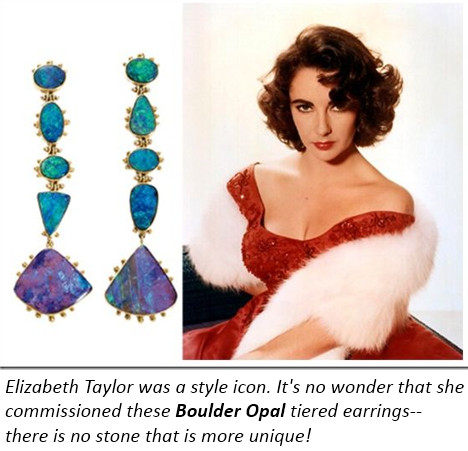 Peridot  (pronounced pair-uh-doe) was mined by the ancient Egyptians. They believed, quite accurately, that Peridot was ejected to Earth by a sun’s explosion and carries its healing power. Peridot extraterrestrial origins, found in rare pallasite meteorites, were formed some 4.5 billion years ago. On Earth, Peridot is formed in molten rock and brought to the surface by the tremendous forces of earthquakes and volcanoes.  Peridot is one of the few gemstones that occur in only one color: an olive-green.

Werkheiser Jewelers has a wide selection of earrings, rings and necklaces in beautiful Peridot. Come in today and you too may feel the negativity lifting away and being replaced by calm from this ancient gem.

Pearls have been highly valued as gemstones since antiquity. Unlike most other gemstones which are mineral, Pearls are organic and are formed by living organisms. For centuries, Pearls have been a symbol of beauty and purity. Today, they are regarded as both classic and contemporary, coming in many more fashionable styles than your grandmother’s traditional strand of Pearls. Did you know that while the most common color is white, Pearls naturally occur in nearly every color under the rainbow. 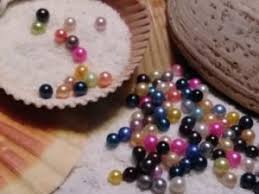 Come to Werkheiser Jewelers and indulge in a magnificent range of gorgeous pearl earrings, necklaces and rings – the staple of every jewelry collection.  Need your Pearl necklace restrung? Bring it to us. We have a Pearl expert on site.

Does Mom have more pictures of her dog than of you? Let Werkheiser Jewelers help you become Mom’s favorite. Fro, the trendiest new style to the most enduring classics, we can find something for your Mom!  From Saturday, May 5 to Saturday, May 12, 2018, spend $150 or more and receive a FREE box of chocolates from Dolce Patisserie (Limit one per customer.)

Starting next week, stop back and see the exciting offers and promotions we will be offering in store.

Or come in any time to visit us!

“Having an online sales channel has been extremely helpful to us.” –
Alyssa Rizzo-Berg, Media Marketing Manager

“By connecting customers with businesses at the moment they’re searching for a good
or service, our search and advertising programs help millions of businesses find
customers, aid publishers in earning money from their online content, and support
non-profits aiming to increase donations and volunteers,” said Margo Georgiadis,
Google’s President of Americas Sales. “We’re proud to have a positive impact on so
many businesses and we’re inspired by the incredible work they do across the country.”

Dress clips made their debut in the 1920’s, as costume jewelry began in to rise in popularity. No longer were opulent pieces exclusive to the wealthy. Jewelry designers now had the opportunity to design pieces that were bold, innovative, and unusual. Dress clips were designed as ornamentation for a dress or fur coat, particularly to highlight a striking design feature such as a flattering neckline or lapel. They were designed as a single clip or as a matching set. Some pairs were even designed as a “duette,” where the two pieces could connect to form a brooch.

Sweater guards (a.k.a. Sweater Clips) are the perfect accessory to compliment your favorite cardigan sweater. A cousin of the aforementioned dress clips, sweater guards are designed as a pair of two clips attached by a decorative chain. They are both functional and fashionable. They keep your sweater placed securely on your shoulders, yet, dress up an otherwise plain sweater by adding some visual interest.

These beauties are actually experiencing a resurgence in popularity due to sellers on eBay and Etsy . You can find a wide selection of sweater guards on both sites, with some authentic vintage pieces as well as replicas.

Cameos are often regarded as the ubiquitous piece of vintage or estate jewelry. You would be hard-pressed NOT to find one in any jewelry store’s estate jewelry collection. Amazingly, these intricate shell cravings have been around for thousands of years starting with the early Greeks and Romans. Cameos were used throughout history to depict Biblical, mythological, and historical figures. In fact, the modern notion of a woman’s silhouette carved into the shell did not become popular until Queen Victoria’s time.

While cameos are the perfect reflection of older times, how do they fit into the modern style scene?

Some fun ways to wear cameos:

The predecessor to the modern wristwatch, the pocket watch, was first developed in 16th century Europe by a German master locksmith named Peter Henlein. They were designed to be transitional in size between clocks and watches. For the remainder of the 16th century, style trends evolved from round pendant shaped to more unusual ones, including books, fruit, animals, and even skulls! For the 17th century, gents’ pocket watches shifted to being carried in a pocket rather than being worn as a pendant. Ladies’ watches remained styled as a pendant well into the 20th century.

The 20th century saw the rise of the modern wrist watch as we know it today. Wearing a pocket watch was no longer en vogue for neither women nor men. Despite a slight resurgence during the 1970s and in recent years (due to the popularity of the Steampunk movement), they have never really made a lasting comeback.

How does an old-fashioned time telling device find its way among modern marvels like smartphones and smartwatches? A monogrammed pocket watch would make for a very romantic gift from a bride to her groom. The possibilities are endless.

Some fun ways to a pocketwatch:

Early pocket watches were designed with only the hour hand. The minute hand did not appear later until the 17th century.

Pearls have stood the test of time, much like diamonds, as classic and always fashionable gemstones. All women, both young and old, can easily incorporate pearls into their jewelry wardrobe. Most people are used to seeing medium to large-sized pearls incorporated into to the design of their favorite piece. Only few may be aware that tiny pearls were once used to embellish a piece as freely as diamonds are today. These small natural stones were known as seed pearls and peaked in popularity during the Victorian Era.

The majority of the seed pearl jewelry in the market today dates back to the late 19th century. We propose that they should make a comeback in a big way. Seed pearls add dimension to a piece in a way that diamonds just cannot. They make a great accent for unusually cut gemstones, drawing the focus to stone rather than adding tons of unnecessary sparkle.

Seed pearl jewelry should be given the same care as other, perhaps more traditional pieces of pearl jewelry. Care should be take when cleaning pearl jewelry; exposure to harsh chemicals should be limited. When in doubt, bring your pearl jewelry to an established jeweler who will know just the right way to keep your pearls in great shape.

Can't Find What You're Looking For? We can help.